There is something so special about the Wu Dang Mountains where a lot of people fall in love with: It was a part of the history of China and its ancient philosophy, fascinated scenery, and a home of the Dao (Tao). We love Wu Tang Mountain more when we leaned and practiced its magical Qi Gong that changes our thoughts, increases our energy, nurtures our lives!
"The Turtle & Snake" Nurturing Life Qi Gong of the Wu Dang Mountains is a very unique Daoist (Taoist) Qi Gong practice for a healthy, and long life! 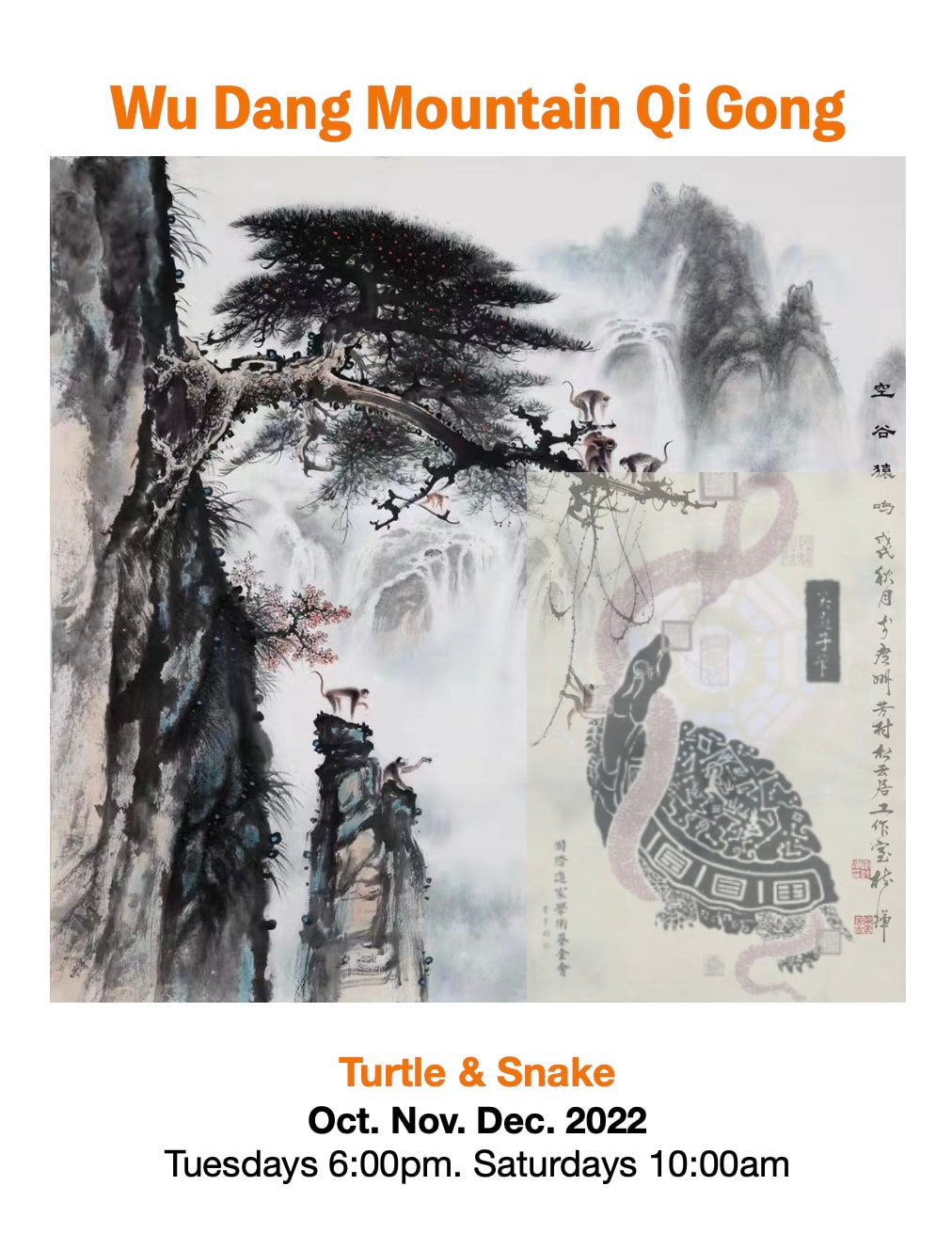 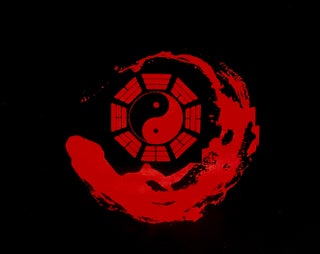 A single drop-in class. In-person or via Zoom online.

Wu Dang Mountain Taoist Nurturing Life Qi Gong - Turtle & Snake
武当秘传龟蛇养生气功
Taught by Wu Dang Mountain Priest Chen LiSheng,
We proudly trained "Turtle & Snake" Qi Gong at The Wu Dang Mt. Nov. 2012 & Nov. 2013.
Wu Dang Mountain is the original location of Wu Dang Internal Martial arts.  It's built in the Ming Dynasty, 14th - 17th centuries.  Through its thousands years of transmission and development processes, the system is wonderfully established with their internal health training, nurturing life, and martial arts.
Wu Dang secretly transmitted five element/animals nurturing life Qi gong is one of the most excellent energy cultivation and balancing systems which internally nurturing one's health and life.  It is also a required course of every disciple of Wu Dang.
Turtle, Snake, Dragon, Tiger, and Crane, are the five celestial animals of traditional Chinese culture.  They are related to the Five Elements theory of Traditional Chinese Medicine.
The purpose of practicing this set of Qi gong is to regulate the functions of the internal organs, improving blood circulation, and calming the mind.  The practice is a nurturing as well as healing process in order to live long, healthy life!

Turtle
The Turtle is recognized in Traditional Chinese culture for its quality of being predictable, and its character of being steady and calm, as well as a symbol of wisdom and longevity.  It belongs to Water in the Five element of Chinese medicine which correlate to the Kidneys.
The practice will strengthen the essential health of human beings.

Snake
Turtle and Snake together symbolizes spiritual Gods in traditional Chinese culture.  The Snake represents the element of metal is related to the lungs in Chinese medicine five elements theory.
The benefit of practicing is to maintain and protect the function of the lungs, the heart health is also a focus. Snake Qi gong is to soften the body motion to help the energy flow.